If you are a typical Southern California homeowner looking for the fastest way to stop sending hundreds of dollars to SDG&E or SCE, consider a QuietCool fan. A QuietCool whole house fan offers a quick return on investment (ROI) and is financially within reach of most homeowners. For an initial cost of $1000 – $3000 it may only take 1-2 years to earn that investment back while saving on air conditioning bills immediately.

The main contributor to high electric bills for most homeowners in Southern California is AC usage. AC use may start in April with a few 80°F – 90°F days and really kick in during June continuing well into November for some areas.

The QuietCool fan uses much less electricity than a typical AC unit, even when running for many hours daily. The fan works by replacing AC use whenever the outside temperature is comfortable. When the temperature is right, shut off the electricity-guzzling AC, open a few windows on opposite sides of the house and turn on the fan. If you try to do this using only ceiling fans, the house will remain hot from heat radiating off walls and from the attic. Only a whole house fan is strong enough to replace the inside air every few minutes. Walls, furniture and the attic will be chilled from the moving air. 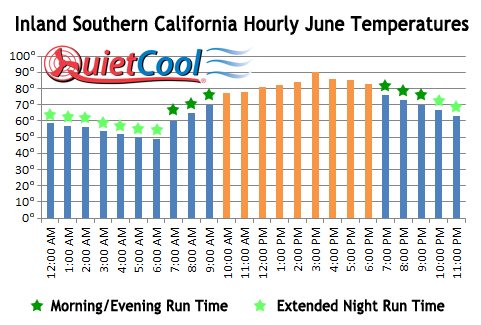 Some people use the fan in the morning and evening only and others run it all night long. Cool air chills the house and attic so that the AC does not turn on during the warmer temperatures in the middle of the day (see the dark green stars ★ illustrating this scenario). Many homeowners choose to leave their windows open and run the fan all night or install a smaller upstairs/bedroom fan for extended nighttime use (light green stars ★).

Quick Case Study: In late 2012 the author of this article installed solar at a 70% usage offset meaning I had to pay for the remaining 30% of my usage to SCE. After I installed a QuietCool whole house fan in late 2014 and got in the habit of using it correctly, I am now at 100% offset meaning I have little or no electric bill for the entire year.

Keep in mind that the impact on an average non-solar bill would show a greater percentage drop in price because more usage would be billed at a lower rate. This is why using a QuietCool year-round is shown to save up to 90% in AC usage bills. Saving on electric bills is not just a matter of reducing usage but strategic usage to avoid the highest rates!

If you would like to review your yearly electric bills, fill in the form on the right or call 760.533.6045 to learn more. 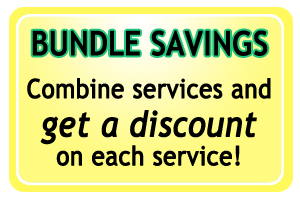 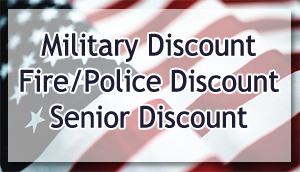 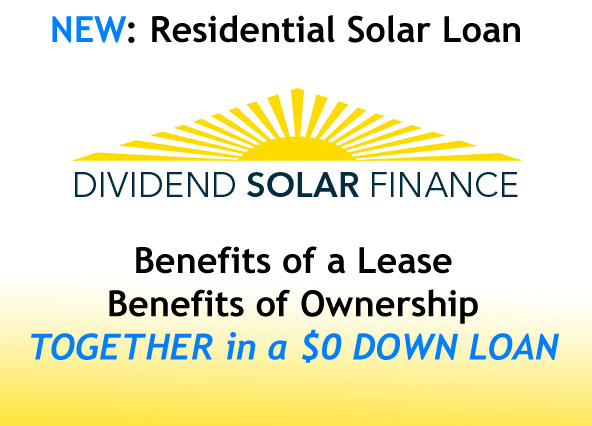